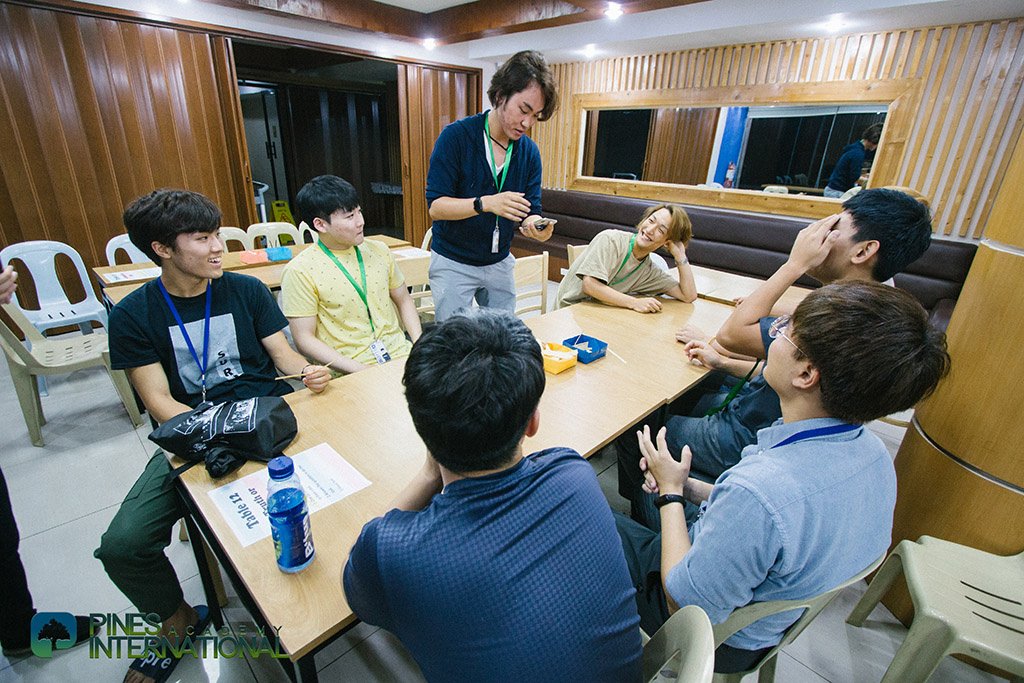 Instead of looking forward to the weekend to speak in their mother language, all students had gathered and enjoyed having a simultaneous English chat on ESP’s Friday night gathering. 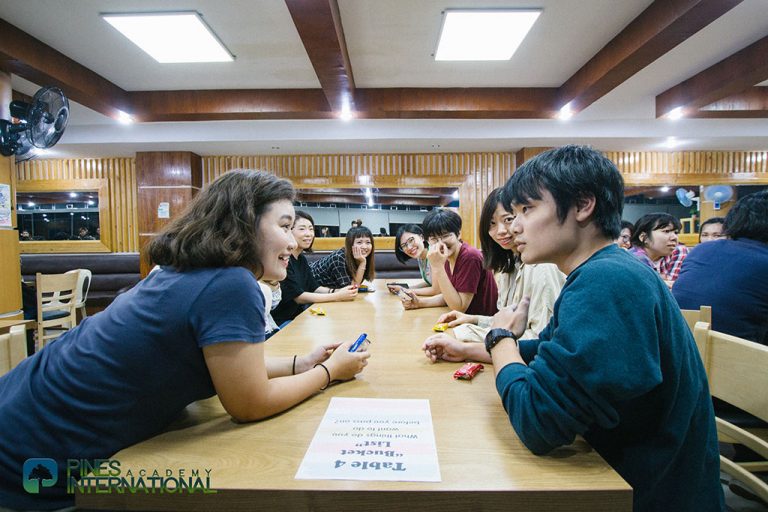 They engaged in fun, trivial, informative and entertaining conversations with as many people as they can. Each student had completed a 20-minute conversation with other foreign students and may have ended up making new friends by answering certain questions and completing challenging activities. 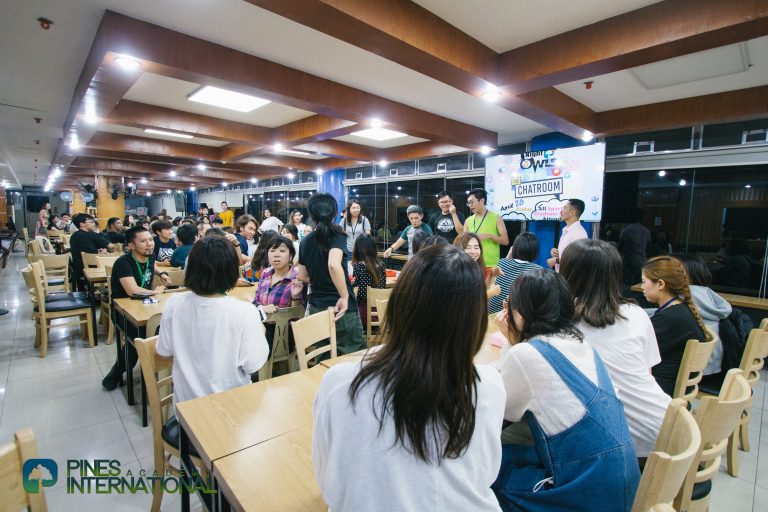 13 long tables in the dining hall were used and each one  accommodated 12 students. Each student had accomplished a 5-minute speaking activity. Students were also asked to go to as many tables as they can to meet new friends. 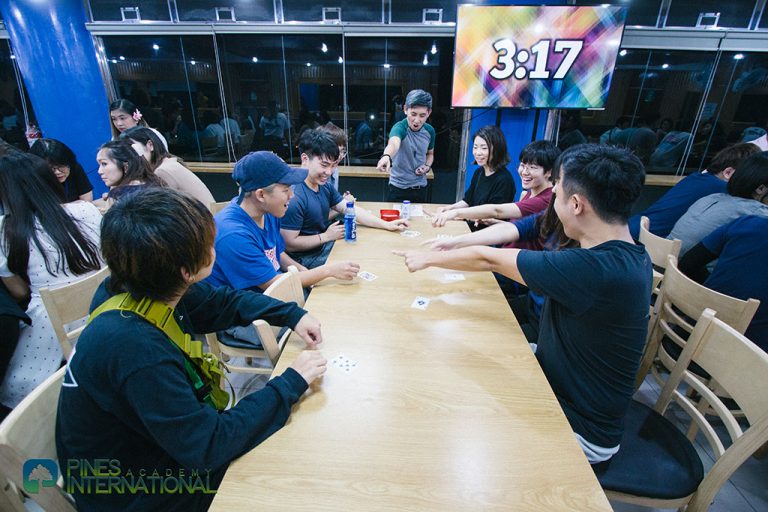 The first long table  was called ” Favorites Table” and students were tasked to pick a card and talk about their favorite stuff like movie genre, website, dessert, season, food, teacher and others. The challenge did not stop there! They used some of the expressions they learned in class like: I’m fond of,I’m enthusiastic about , I really enjoy, etc. 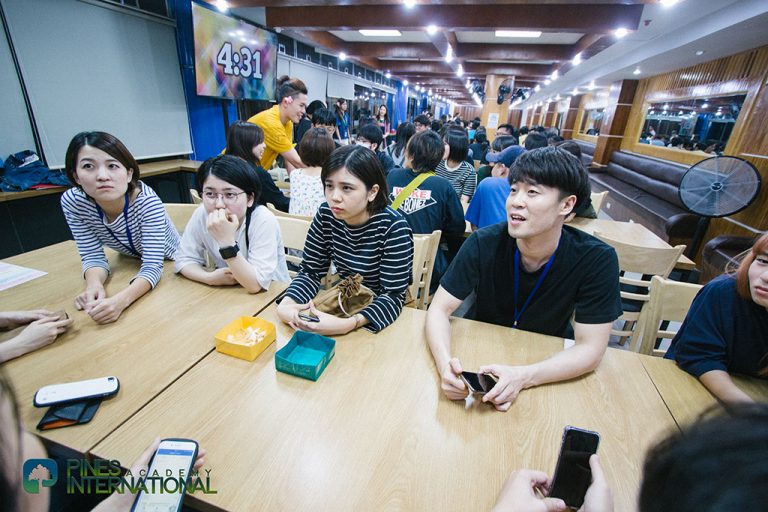 The night became more interesting for those who were in table 2 as they picked cards that made them talk  about their ideal partners,first love and even honeymoon! 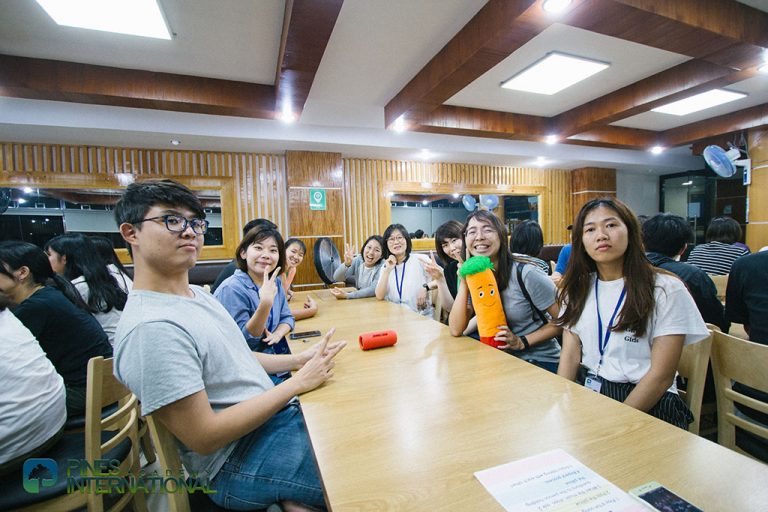 Table 3 opened a twist to the night chat! Students were asked to pass the pillow around while a pop song was being played . When the music stopped, the last person with the pillow had to answer 2 questions. 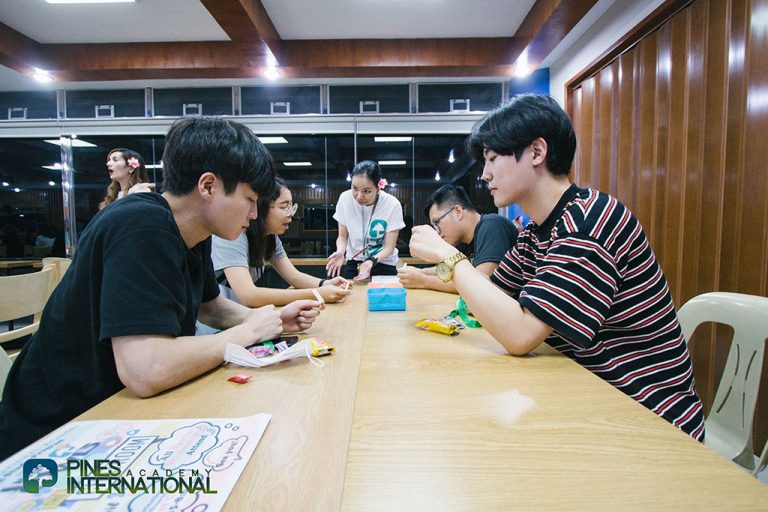 Students on table 4 talked about their bucket list.Table 5 was called”Guess Who Table”  and students used their English descriptive skill through picking a card and guessing the answer(who the person is). The 6th table was called left or right table that required team work. 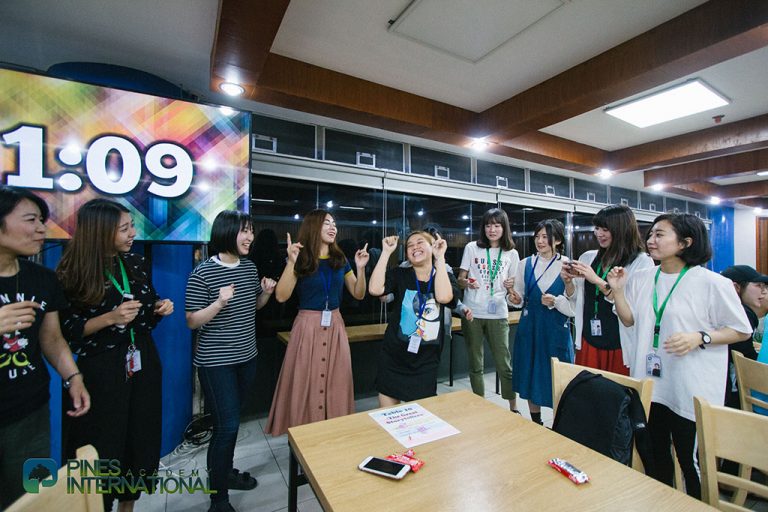 Table 7 was called “Drinking Game Table”. Students were asked to share a drinking game from their country- (minus the alcohol…) 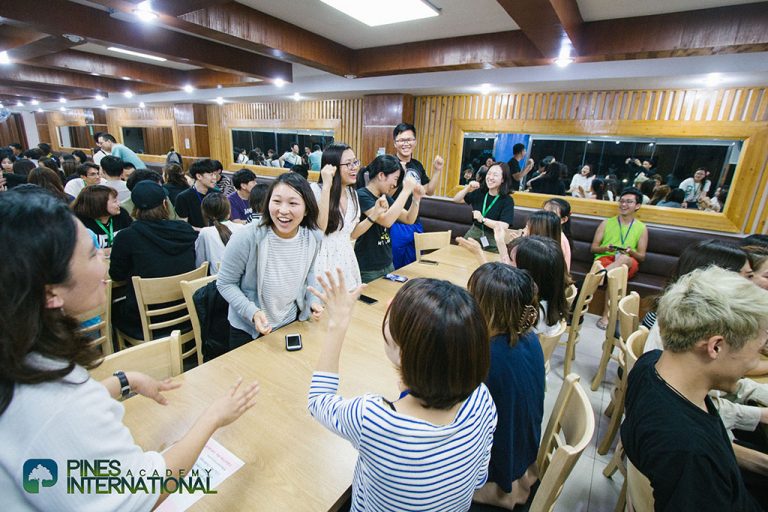 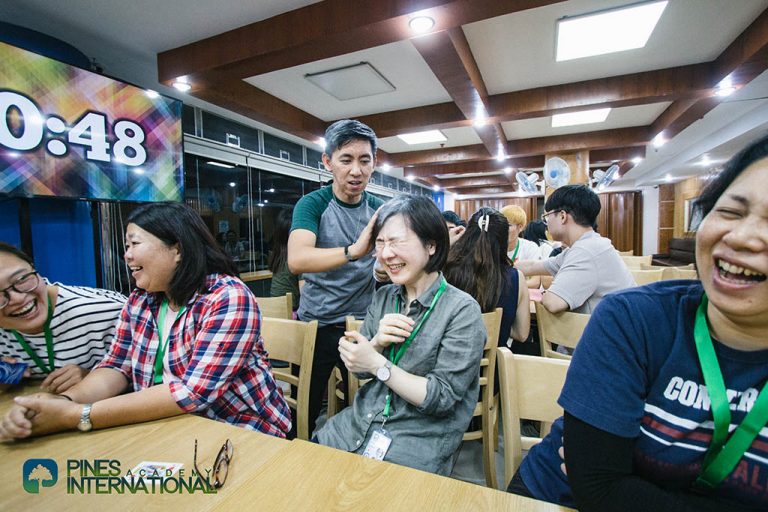 Students on table 8 shared one of their social media photos and the story behind it. Table 9 was called “King and Queen of Hearts Table”, the people who got the King and Queen of Hearts get powdered on the face. Everybody continued chatting during the process. Table 10 was called “Share-a-Story Table”.Everybody shared his/her story about Baguio, Pines and funny experiences. For free souls, table 11 became their favorite spot as it was called “Free Talking Table”.Students assigned at table 12 played “Truth or Dare”.Courageous ones chose to share their truths on questions like:

The fun-loving ones did challenging consequences like taking a selfie with the person behind them.Lucky table 13 was called “Complete Me Table” wherein students picked a card and completed sentences like:If I were Angelina Jolie, I would… Because.

ESP Team concluded the night by distributing awards to the outstanding students. 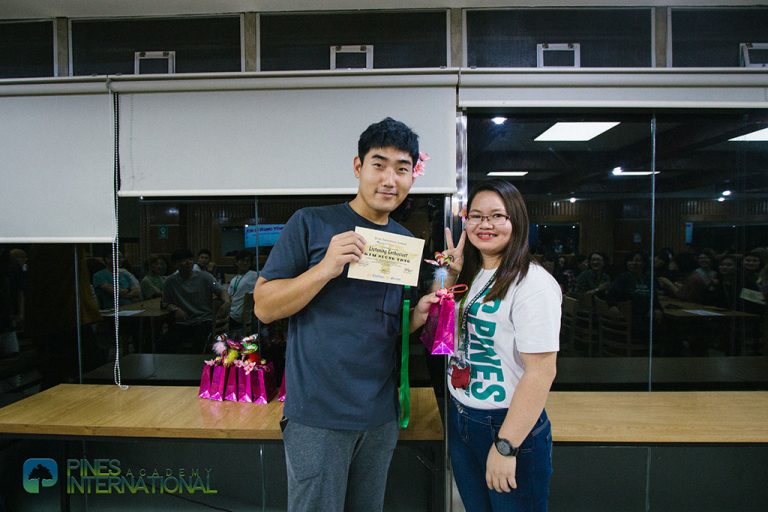 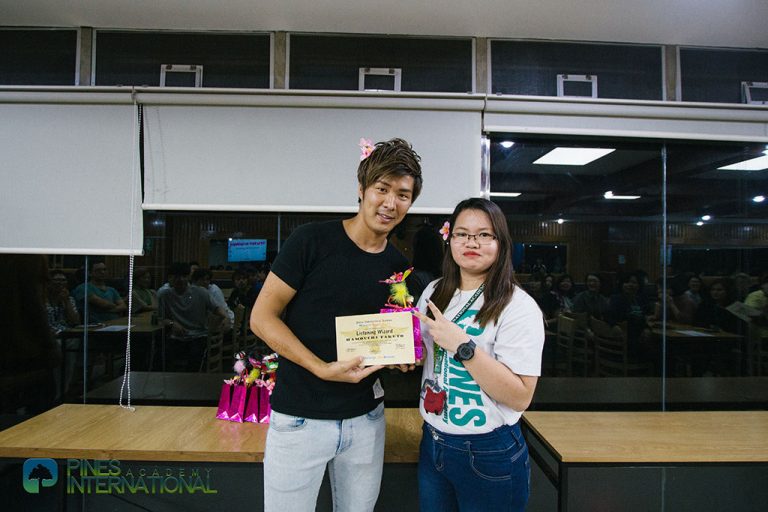 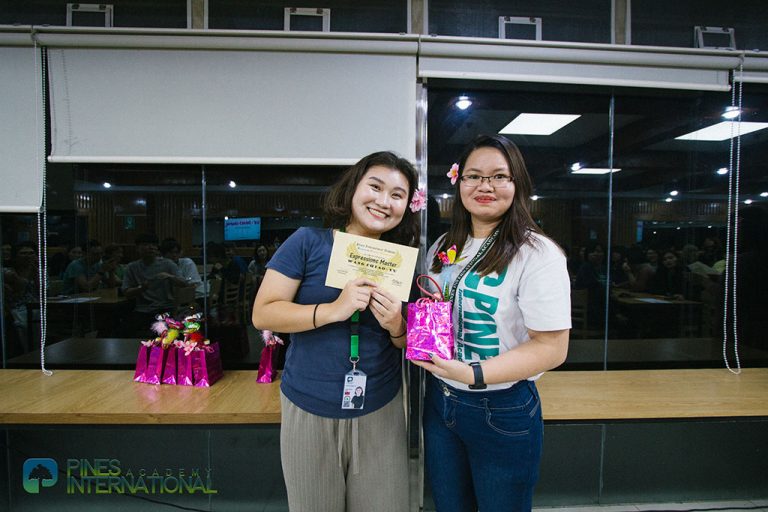 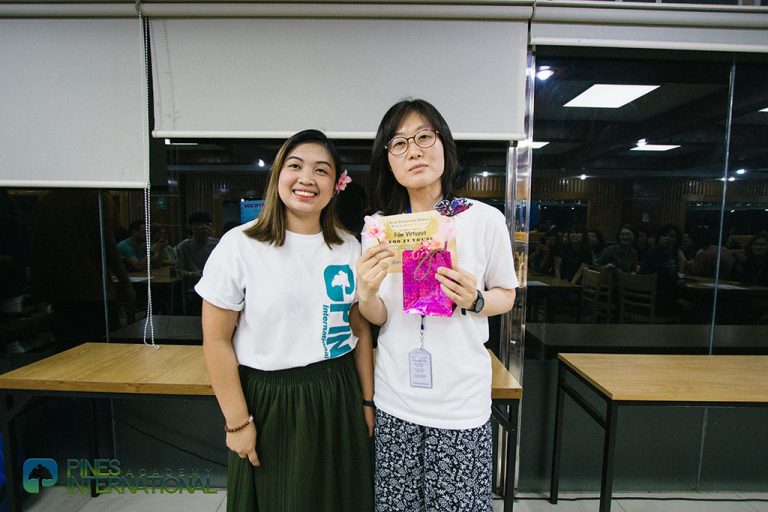 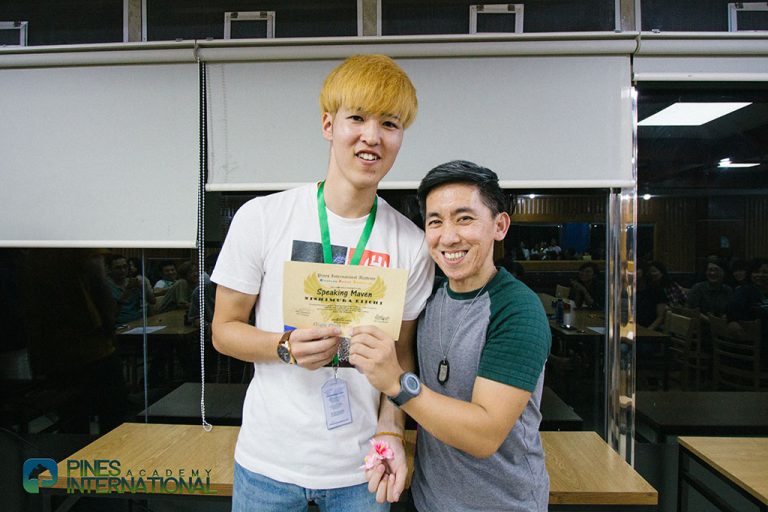 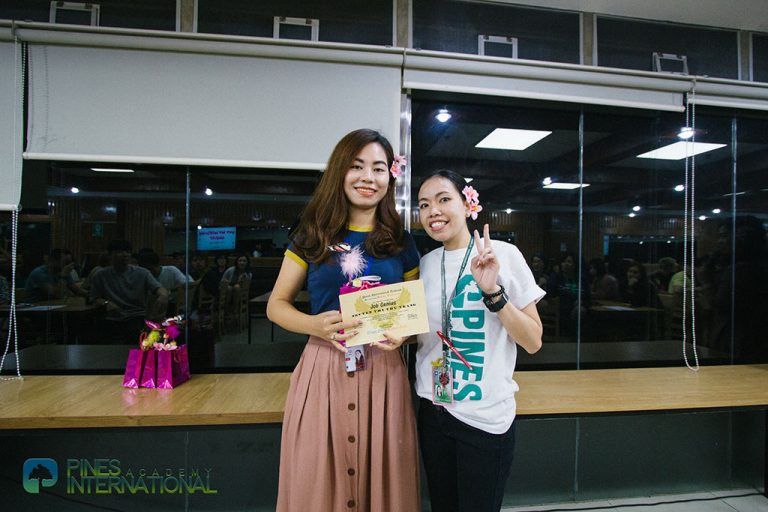 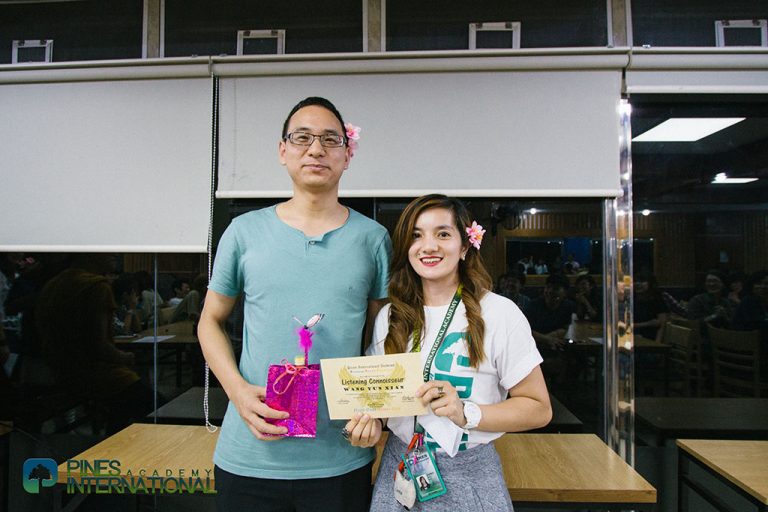 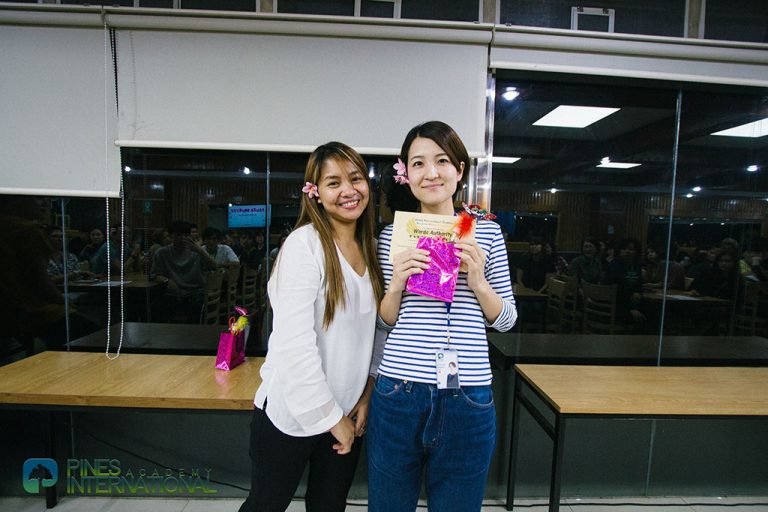 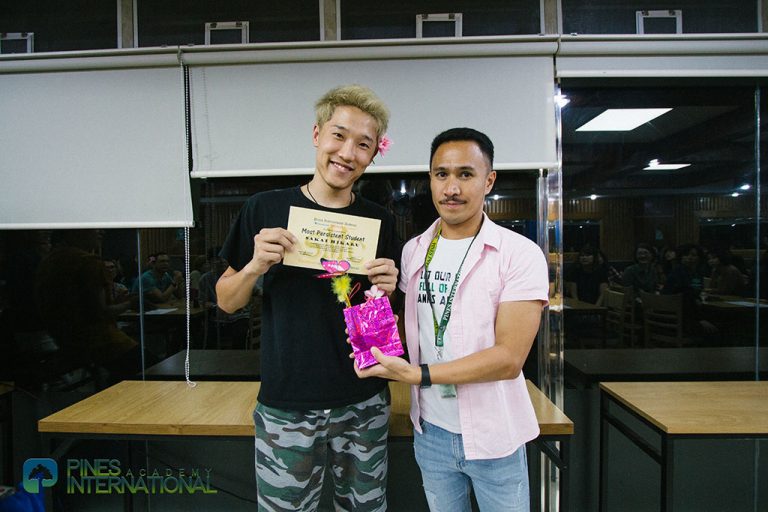